Workflows, style libraries, client feedback — design is about so much more than design, especially when you're working with a team. If you're someone who operates at the intersection of leadership and design, check out the Leading Design conference. After three years in London, Leading Design added a US-based event this year with its conference in New York.

Two days of talks focused on the overlap of design and leadership, workshops, and parties.

To help shape the future of design culture 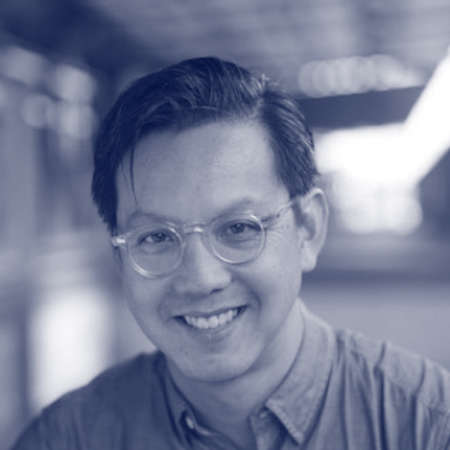 Leading Design Out of Obscurity

Session Description: Design is more highly valued than ever, but in many ways it’s still considered a “junior” discipline to its peers. Why is that? And what can be done to remedy this situation?

In this talk, Adobe Principal Designer Khoi Vinh argues that design has built a rarefied culture and obscure language that, though initially useful, has inadvertently limited what the profession is capable of.

This talk is a rallying cry to design leaders to undertake the hard work of democratizing and demystifying our craft to the world at large, in order that design can fulfill its potential at this critical moment in human history.

Why Every Designer Should Listen to Khoi:

Watch a previous keynote on design from Khoi here:

More on the Leading Design Conference:

Want to see if Leading Design is the right conference for you?

Check out these previous sessions:

Gretchen Schaffer, VP at Remix Communications, has helped develop and execute creative strategies for industry-leading companies including Adobe, Microsoft, SAP, and Sony. Gretchen kicked off her public relations and marketing career at Waggener Edstrom (WE). There, she quickly worked her way up to managing global PR teams for Microsoft. The world of marketing and media relations has since evolved, and Gretchen has been on the front line of that change. She has carved out an expertise in executive speaking and thought leadership, public relations and content marketing. At Remix Communications, Gretchen melds deep industry insight with a talent for finding creative and effective ways to help clients tell their unique stories.

WSJ Women in the Workplace

The WSJ Women in The Workplace event this week tackled tough topics around how we work. Consider this: As our world continues to change, our workplace...

5 Tips to Land a Speaking Spot at SXSW

SXSW – held over two weeks in March each year – is a mashup of film, tech, music, education, and gaming festivals that draws more than 400,000 people ...

Want to be a Great Podcast Guest? Tips From a Top Podcaster!

Want to be a Great Podcast Guest? Tips From a Top Podcaster! Like so many people, we’ve been listening to our share of podcasts over the past year. In...